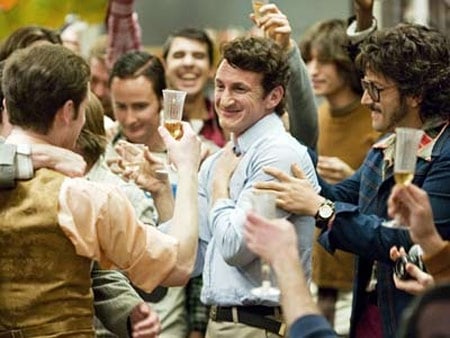 The first official production photo for Gus van Sant’s Milk has been released and shows Sean Penn as Harvey Milk celebrating his 1977 election to the San Francisco Board of Supervisors, which made him the first openly gay man to be elected to office in a major U.S. city.

Producer Dan Jinks told EW: “[Sean] is playing a guy who’s not at all like him, way beyond the sexuality of the character. Harvey was this guy who wants everybody to love him, and he loves everybody else. Sean just completely became that guy. It’s a real transformation.”