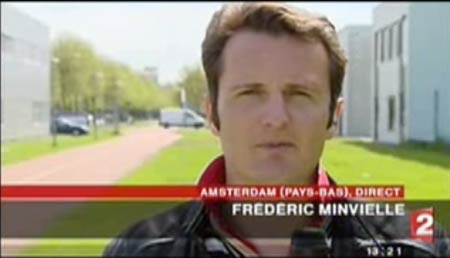 Frederic Minvielle, a gay Frenchman who has been living in the Netherlands for six years and married a Dutch man in 2003, has lost his French citizenship because of the marriage, Time reports:

“Although the Franco-Dutch immigration treaty pertaining to his situation generally forces nationals from one country to surrender their original citizenship when naturalized in the other, there is a key exception that allows dual citizenship accorded through marriage. Minvielle figured that would work for him. ‘France does not recognize marriage between people of the same sex as the Netherlands does, and therefore considers Mr. Minvielle an unwed man living with another man,’ explains Minvielle’s French lawyer, Caroline Mecary. Because of that, she says, France has applied the bilateral accord the way it would to any single French national adopting Dutch nationality: by revoking French citizenship.”

A French news report, AFTER THE JUMP, for those of you who speak the language.