University of Wisconsin-Madison to become largest university with a gay leader: “Cornell University Provost Biddy Martin was recommended Wednesday to be the next chancellor at UW-Madison, a top national research university with 40,000 students. Martin, the No. 2 official at Cornell since 2000, is a professor of women’s studies and German studies who wrote the 1995 book: ‘Femininity Played Straight: The Significance of Being Lesbian.’ About eight to 10 openly gay people have become college presidents and chancellors but mostly at small colleges, said Candace Gingrich of the Human Rights Campaign.” 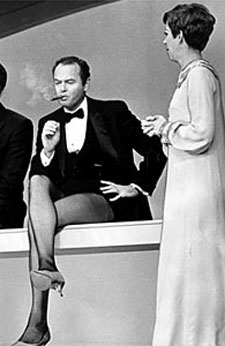 Gay activist from Madison, Wisconsin stabbed to death in Mexico: “[Felicia] Melton-Smyth was known for an annual holiday fundraiser that raised money for gifts for people with AIDS. ‘She respected and loved all the people within the gay community of Madison,’ Finhert said. Finhert said a celebration of her life is being planned and a foundation is being set up for donations to organizations in her honor.”

Netflix nabs exclusive rights to LOGO shows. What, no iTunes? Certainly a disappointment for those of us with Apple TV.

Kiss nearly gets lesbian couple tossed out of Safeco Field in Seattle: “Sirbrina Guerrero says she only gave her date a peck, but a mother sitting with her son complained to security and, as a result, they were told to stop or leave. ‘And he (the security guard) goes ‘there’s a lady whose son says he saw you guys making out, and I did, too. And you have to stop.’ And I said ‘well, we weren’t making out, but we were kissing and I’m not going to stop,’’ said Guerrero…. ‘(The security guard said) the mom doesn’t want to explain to the kids why two girls are kissing. So I said ‘well, I’m not going to stop, so you’ll have to kick me out. So he said ‘so I suggest you leave then,’’ she said.” 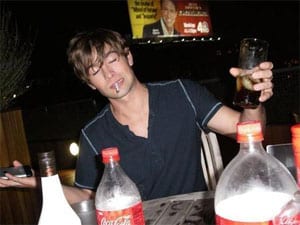 David Beckham gets a cap in a box. 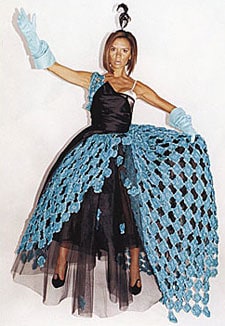 L.A. Times editorial: Gay marriage gaining ground. “And why not? Surely the trailing edges of society will soon reflect on the resistance to this phenomenon with chagrin and more than a little embarrassment. It is bracing, after all, to realize how recently much of this nation blanched at interracial marriage, and thrilling to recognize how quickly most of us buried that prejudice, first in law, then in custom.”

Holocaust academic pans gay memorial to Nazi victims: “For many years after the war I had the impression that the Germans understood the immense scope of the crime of the Holocaust which they had committed … But this time, they made an error. The location was particularly poorly chosen for this monument. If visitors have the impression that there was not a great difference between the suffering of Jews and those of homosexuals, it’s a scandal. “A sense of proportion must be maintained.”

ExxonMobil shareholders reject resolution to add ‘sexual orientation’ and ‘gender identity’ to Exxon’s non-discrimination statement: “Approximately 40% of Exxon’s outstanding shares voted in favor of the clause, but it was not enough to send the issue to the oil company’s board of directors. The shareholder resolution has come up every year since 2000, when it got 8.2% approval among shareholders. The percentage that voted in favor of the resolution has grown every year since then.”