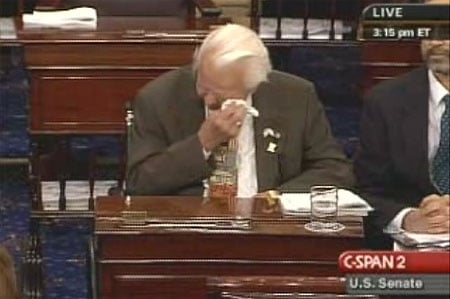 West Virginia Senator Robert Byrd broke down on the Senate floor yesterday, sobbing through an emotional tribute to Ted Kennedy who, of course, was discovered to have a malignant brain tumor after suffering a seizure over the weekend.

Reactions to Kennedy’s conditions prompted an outpouring of reaction across the nation in admiration of his service.

There were also some extremely distasteful reactions from the far right.