Another one bites the dust. Anti-gay initiatives are failing on both coasts. 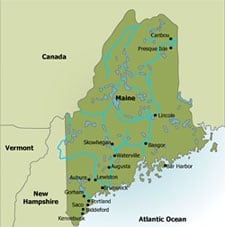 The Christian Civic League in Maine is giving up on efforts it launched in April to repeal the state’s gay rights laws. Its initiative, for which it had only collected a third of the necessary signatures, was a proposed law that “had several components, including repealing Maine’s law protecting gays and lesbians from discrimination in employment, housing, public accommodation, credit and education. It would have barred the use of state funds by the attorney general’s office for its civil rights teams and civil rights programs in public schools. It would have reaffirmed Maine’s existing law that restricts marriages to one man and one woman, and ensured that only one unmarried person or one married couple jointly could adopt a person.”

Michael Heath, the League’s executive director and organizer of the initative, said that one of the issues was that volunteers “”[didn’t] want to be aligned with bigotry and homophobia and hatred.”