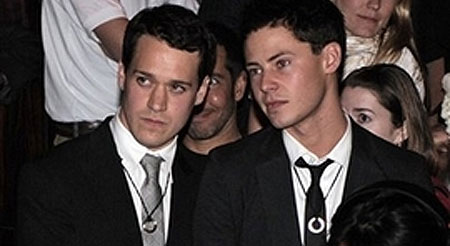 At yesterday’s mass commitment ceremony in West Hollywood, Knight talked to Extra about his boyfriend Mark Cornelsen: “We’ve only been together for six months, so I think it’s a little soon to consider marriage. It’s bound to raise some eyebrows, but we love each other. He’s an amazing guy. I was surprised he was interested! Even though he’s not ready to tie the knot, Knight plans to do so someday. I think it’s very important to honor marriage. I take it very seriously. And I’m glad I can finally take it seriously.”