Some state lawmakers and gay marriage advocates are hoping to repeal a 1913 law that in 2004 was used to prevent out-of-state gay and lesbian couples from traveling to Massachusetts to be legally married: 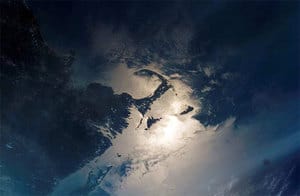 “The 1913 statute prevents Massachusetts from sanctioning marriages that are not legal in the state where the couple lives. The law was enacted in part to prevent interracial couples from evading their own state’s ban by traveling to Massachusetts to marry. It was a little-used and rarely enforced law until opponents used it to prevent out-of-state gay couples from getting married in Massachusetts after the state legalized same-sex marriage in 2004.”

Both the Senate and the House are expected to take up the issue as early as next week. With California as an example, many likely see the economic benefits as an impetus to repeal the law:

“Removing the law would put Massachusetts on par with California, where a court ruled in May that gay marriage was legal for all couples, including those who live out of state. In May, Governor David Paterson of New York directed all state agencies to recognize same-sex marriages in other states, including Massachusetts and California.”

Said Governor Deval Patrick’s spokesperson: “The governor supports the repeal of the law and will sign it if passed.”

Previous Post: « O’Reilly Plays Jackson Remarks Criticizing Obama
Next Post: Will Lance Bass Get a Male Partner on Dancing with the Stars? »