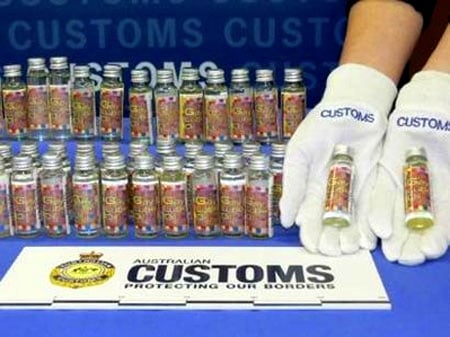 Customs agents in Australia have uncovered a steroid smuggling racket from Thailand. Shipments of the musculature-enhancing drugs have been entering the country as “gay lube oil”:

“More than 150 bottles have been seized in Victoria, Western Australia, New South Wales, Queensland and South Australia since the beginning of the year. The bottles from Thailand are marked ‘gay lube oil’, but actually contain testosterone and Deca Durabolin – which are performance enhancing drugs. Richard Janeczko from Customs says it certainly is an unusual concealment. ‘I think that they’re going for the presumption that customs won’t examine the goods, mainly because we may actually think it’s gay lube oil. Secondly they might think we won’t examine it because…it’s a bit yucky or whatever.'”