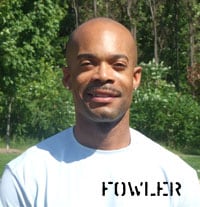 “‘The Court has some very genuine concerns about the nature and efficacy of these claims,’ the judge wrote. Fowler, 39, alleges Zondervan’s Bibles referring to homosexuality as a sin have made him an outcast from his family and contributed to physical discomfort and periods of ‘demoralization, chaos and bewilderment.’ The intent of the publisher was to design a religious, sacred document to reflect an individual opinion or a group’s conclusion to cause ‘me or anyone who is a homosexual to endure verbal abuse, discrimination, episodes of hate, and physical violence … including murder,’ Fowler wrote. Fowler’s suit claims Zondervan’s text revisions from a 1980s version of the Bible included, and then deleted, a reference to homosexuality in 1 Corinthians without informing the public of the changes.”