Same-sex couples from out-of–state should soon be able to marry in Massachusetts, as the House voted this afternoon 118-35 to repeal the 1913 law forbidding couples from marrying there if the marriage wouldn’t be recognized in their home state.

The senate has already approved the repeal and Governor Deval Patrick has indicated he’ll sign it. 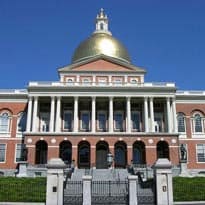 The Boston Globe reports: “Unlike the Senate, which quickly voted to repeal the law on a unanimous voice vote, the House debated the bill for about 45 minutes. Supporters of the repeal called the law archaic and rooted in racism, urging fellow lawmakers to strip it from the books in the interest of equality. Repeal opponents argued for keeping the law in deference to other states, to prevent legal tangles involving couples who would marry in Massachusetts and want rights in states where gay marriage is outlawed…The 1913 law grew out of the national backlash over the interracial marriage of heavyweight boxing champion Jack Johnson, Rushing said today during the debate. At the time, 30 of 48 states banned interracial marriage, and many other states, including Massachusetts, enacted provisions that would keep interracial couples from crossing borders to marry in their jurisdiction. The law remained on the books but fell into obscurity until gay marriage became legalized in Massachusetts, and Governor Mitt Romney cited the law as a means to prevent Massachusetts from becoming what he called ‘the Las Vegas of gay marriage.'”