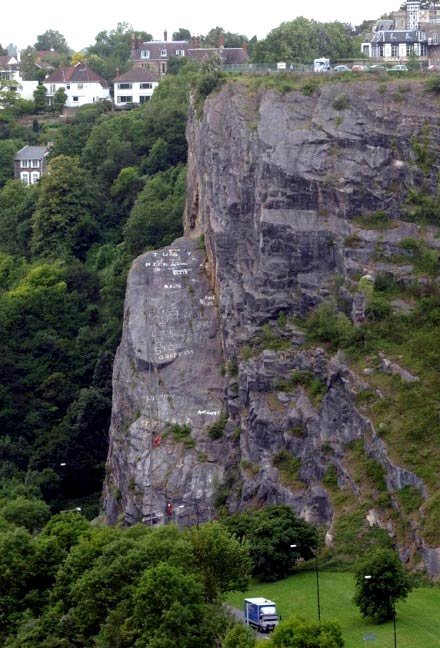 A gay rights group of the Bristol City Council is opposing the council’s plans to clear undergrowth from an area near the UK city known as the Avon Gorge (above), which is reportedly an area where gay men go to cruise and have sex. The group says that by doing away with the ‘meeting area’, the council is discriminating:

“The dramatic Avon Gorge is an area of is home to various species of rare plants and wildlife, but councillors said it had become overgrown over the past 20 years. Thick bushes cover the secluded area next to Circular Road, where gay men have been caught cruising for sex. The £20,000 five-year maintenance scheme was approved in January 2007 and work to remove the bushes will begin in the next three months. Tory councillor Peter Abraham hit out at the anti-gay accusations as ‘offensive’. He said: ‘How can it be discriminatory to clear land that might stop what is an illegal practice? ‘We need to manage the Downs properly. For a long time we have been told that the scrub land needs to be opened up. ‘I find it offensive to suggest that by taking this action – which might stop people collecting to carry out what some might describe as illegal acts and certainly offensive behaviour – you are being discriminatory.’ The Rainbow Group refused to comment yesterday but said they stood by the comments made in the report.”