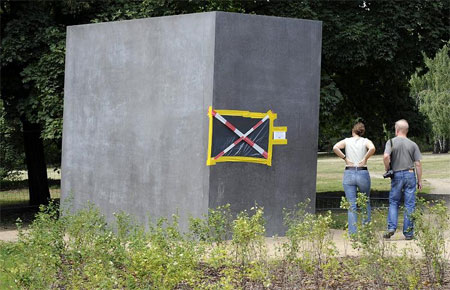 Appoximately 100 people participated in a protest yesterday at the site of the memorial to gay Holocaust victims in Berlin, which was vandalized over the weekend. Those assembled included gay Berlin mayor Klaus Wowereit. 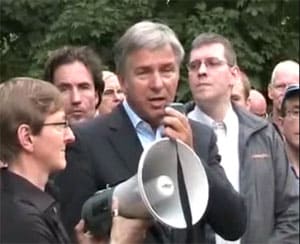 Said Wowereit: “An attack against this memorial is clearly directed against homosexuals — that can be said without waiting for further police investigations. We must show our condemnation of this act of intolerance and homophobia.

Germany’s Association of Lesbians and Gays released a statement on the attack: “Everything suggests that this attack was motivated by a hatred of homosexuals. The attack shows in a drastic way how necessary this monument is. Hostility to homosexuals remains virulent. The kissing scene shown in the monument evidently hit the mark. Even in a democratic society there are people who can’t stand the sight of men kissing in public.”

Wowereit speaks (in German), AFTER THE JUMP… 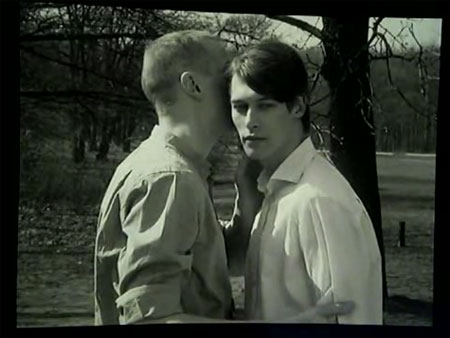