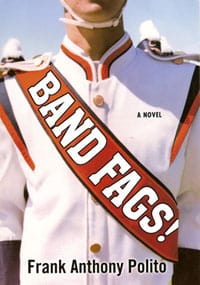 When I first met fellow Wolverine Frank Anthony Polito (him: Hazel Park; me: Madison Heights), he was a playwright who had taken on the daunting task of turning his play "John R" into a novel. Today, he’s the successful author of "Band Fags!" (the new-and-improved title) who’s busy at work on its follow-up. While I gave shout-outs to his book when it came out a couple months ago, it was just this past week on a train that I was finally able to dig into it, and I have to say it’s really something special. Sweet, sentimental, touching, hilarious. Almost precious, but in the best sense possible. Now a full-fledged Band Fags! groupie, I caught up with Frank this week to hear how he’s been marching on since the book’s release.

KW: Congrats on the book! You’re an accomplished playwright, not a novelist. So tell the readers about how "Band Fags!" came to be.

FP; As they say, "It’s not WHAT you know, but WHO you… Know!" (or is it "Whom?") Right before going to grad school at Carnegie Mellon for playwriting, I met the Editor-in-Chief of Kensington Books. He asked if he could read one of my plays, and I showed him Band Fags! He loved it and thought it would make a good novel and voila!

KW: How has the book been received, and did you hear from any of the people on whom it was based?

FP:So far the reviews have been 98% positive–except for the one 22-year-old who just didn’t get it. (He was born in 1986, so I’ll forgive him.) Most of the people I’ve based characters on I was in touch with before the book was published. Except for "Luanne the Lesbian," who I recently reconnected with in June. I’m still alive so either she enjoyed the book or she hasn’t read it yet! 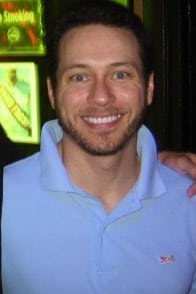 KW: I know you’re working on a companion piece. Tell us about that.

FP: It’s called Drama Queers! It takes place during senior year (’87-’88) when Jack (the protag. in Band Fags!) and his Best Friend since 7th grade, Brad, are estranged. It’s told from Brad’s POV so we get to see all the fun and exciting things he does while Jack’s busy hiding in the closet — Drama Club auditions, hanging at the gay bar, falling in love, etc.

KW: Lastly, what do you have to say to all of the real life Band Fags out there now?

FP: If by "real life" you mean the kids today who are still in high school, I say, "It’ll all be over soon… And if anybody picks on you, threaten to write a book about them 20 years from now." To all the former Band Fags, I say, "Always keep your instrument UP!"

Check out the "Band Fags!" book trailer below: