Urgent: Marriage equality supporters in California lag in fundraising. “According to the most recent campaign contribution reports from the California Secretary of State, supporters of the anti-gay marriage November ballot measure have raised $16.2 million in their effort to pass Proposition 8. Opponents have brought in $10.8 million, which is still a sizable chunk of money. But Dale Kelly Bankhead, who signed the email as campaign manager of ‘No On 8,’ writes, ‘We must match what is raised dollar for dollar with the right wing; if we do not, we are at serious risk of losing this November.'” No on Prop 8 (site). 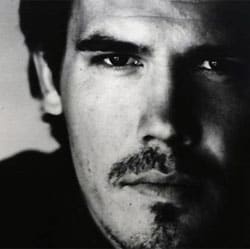 Josh Brolin has a daddy complex.

Sarah Palin just an “average hockey mom” who wears $2500 Valentino jackets and tans in her own home.

New York State Senate Majority Leader Dean Skelos appears at PAC fundraiser for Log Cabin Republicans, reiterates opposition to same-sex marriage, promises legislation targeting bullying: “‘Sometimes the media will say, ‘What are you doing here?’ You’re Republicans and I’m proud of you for being Republicans and I’m proud of being a Republican and standing here with each and every one of you,’ he added. The appearance of a Senate majority leader was unusual. Mr. Skelos took over as majority leader this summer from Joseph L. Bruno, who in his 14 years in the post appeared at only one prominent event held by a gay group — a 2006 lobbying event held by the Empire State Pride Agenda.”

British footballer Frank Lampard needs to brush up on his make-up skills. 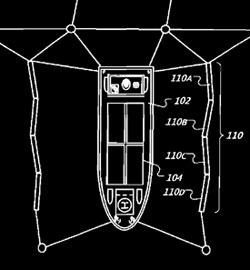 Google to place servers on ships at sea? “A Google patent application filed two years ago but published this fall is getting some new attention because it’s just too interesting to ignore. The patent (link) is for putting data centers on ships at sea and harvesting the energy in waves for power. The biggest benefit for the company, though, could come from changed legal and tax status by placing the ships outside of national jurisdiction. It’s a thought both fascinating and frightening, although it also may end up as just another crazy patent filed for the sake of filing it.”

Angels in America playwright Tony Kushner to receive first Steinberg Distinguished Playwright Award: “The award, which which comes with a cash prize of $200,000 will be announced on Wednesday. The award was created ‘with an eye toward attracting talented playwrights and bolstering the status of their profession.'” 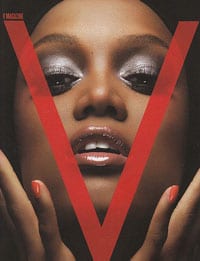 Australian HIV infections surge: “New cases of HIV in Australia rose by almost 50 percent in the past eight years, as gay men and immigrants infected overseas spurred the number of people with the virus to a 14-year high. The number of new infections increased to 1,051 in 2007 from 718 in 1999, and are at the highest level since 1993, according to the National Centre in HIV Epidemiology and Clinical Research annual surveillance report today. Almost 70 percent of cases in the five years through 2007 were among gay and bisexual men.”

Daniel Craig in a sling.

Wisconsin Catholic church’s music director fired because he’s gay: “He says his supervisor fired him this summer after worshipers complained he was too open about his sexual orientation. ‘He said having an openly gay male employed at the Church is a scandal,’ said Philyaw, recounting the conversation. ‘I felt betrayed. But I’m not bitter.’ The Madison Catholic Diocese declined an interview request citing their policy of not discussing personnel issues. Philyaw says he’s never had any problems at work before and claims the Church knew he was gay when they hired him. Still, employment lawyers there’s nothing illegal about what happened.”