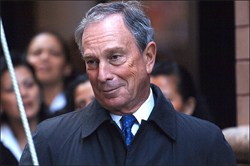 Mayor Michael Bloomberg and New York City School Chancellor Joel Klein will announce a groundbreaking comprehensive initiative later this morning at the Department of Education (DOE) headquarters to address bias-related harassment, intimidation and bullying in the New York City School system. The new Chancellor’s Regulation, A-832, will make New York City’s efforts to combat bullying and harassment based on ethnicity, national origin, religion, gender, sexual orientation, disability, and other factors among the most rigorous in the country and build on the city’s “Respect for All” initiative, according to organizers. 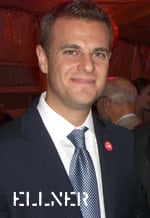 “The new steps outlined today will help us make sure that all students are afforded a safe and harassment free environment in which to learn,” said Senior Counselor to the Chancellor Brian Ellner. You may remember Ellner was an openly gay candidate for Manhattan Borough President in 2005.

In 2004, Bloomberg vetoed anti-bullying legislation for New York City’s public schools that had been passed by the City Council. The stated basis for the veto was because of jurisdictional control and the Mayor argued that the City Council did not have authority to legislate issues concerning the health and safety in schools. At the time, the veto angered leaders throughout the LGBT community in New York City. There is currently a Dignity for All Students Act pending in the state legislature. Today’s move may pressure state lawmakers to follow the city’s lead and pass it. 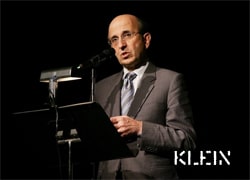 Said Bloomberg of the initiative: “Bullying and harassment impede our students’ ability to learn. When students are victims of bullying because of race, sexual orientation, or other factors, they simply cannot focus on learning, and we cannot allow that. Our students should always feel safe at school, and these initiatives will help ensure that they do. By holding students and administrators accountable, and by giving victims more opportunities to seek help, we can create safer schools with healthier learning environments. Enforcing the Chancellor’s Regulation will not only ensure that incidents of bullying are handled swiftly and appropriately, it will also help prevent such incidents in the first place.”

The new regulation establishes a new email address, RespectForAll@schools.nyc.gov, where students who have experienced bullying behavior and are hesitant to report it to their school can turn for help.

According to the initiative’s organizers, “The regulation also requires each school to create an annual plan to ensure that it has a safe and supportive learning environment and it establishes that schools must train students in the new regulations, so that they understand what behaviors constitute bias-based harassment and where to go for help if they believe they have been subjected to prohibited behavior by bullies. Under the new regulation, schools will report all complaints of harassment, intimidation, or bullying within 24 hours. They will also conduct full investigations, including interviews and written statements. In addition, the regulation requires staff members who either witness or are told about incidents to report them—and it says schools must contact the families of accused students. The DOE will also work with schools to take appropriate follow-up steps after incidents. This could include sending students to counseling, helping schools to train staff, or intervening to protect the safety of alleged victims.”

Said Speaker Christine C. Quinn: “It is unacceptable for any student to feel unsafe in his or her own school, or be denied their right to a high quality education because they have to endure the emotional distress of discrimination or the physical torment of hazing,taunting, and bullying. These new regulations combined with the Respect for All Initiative will go a long way in ensuring that school officials and young people are appropriately informed and trained and that we are accurately tracking incidents of harassment as they occur. These uniform requirements will provide our students with the security of knowing that they have access to any help and support they need as the new school year begins.”

Respect For All is a training program for school staff that prepares teachers, guidance counselors, and others to identify and address bullying, harassment, and intimidation.