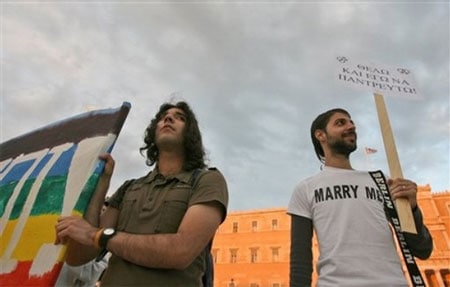 You may remember that back in June two same-sex couples were married on the Greek isle of Tilos, citing a law that did not specify gender with regard to weddings.

At the time, Greek Justice Minister Sotiris Hatzigakis swiftly reacted, calling the marriages unlawful and ‘non-existent.’ The couples went to court but their case was postponed and is now due to be heard Thursday on the isle of Rhodes.

Yesterday, a peaceful protest was held in the plaza in front of the Greek parliament in Athens, the AP reports:

“Some 50 people took part in Monday’s peaceful protest outside Parliament, with banners that read: ‘Same-sex weddings are legal,’ and ‘I want to get married too.'” 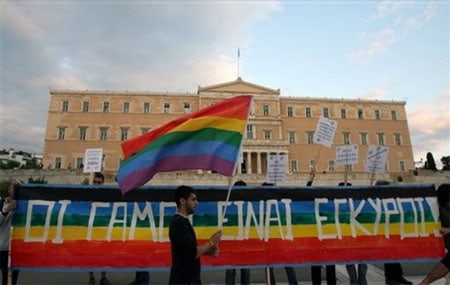