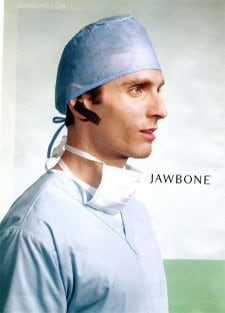 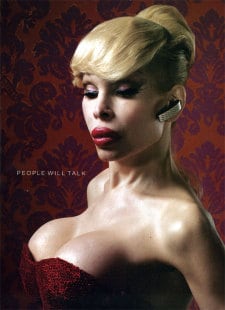 Bluetooth headset manufacturer Jawbone continues its series of ads pushing the envelope of sexuality and gender, placing a facing page ad in this week’s The New Yorker which features self-described “world’s #1 transsexual” Amanda Lepore presumably having a chat with her plastic surgeon over the company’s headset.

You may remember that back in February we featured an ad for Jawbone that was banned in the U.S. which featured a loud rugby team being silenced by the headset (and a hot man-on-man kiss).

Previous Post: « Rep. Tammy Baldwin on Pick of Sarah Palin
Next Post: Republican Party Platform: As Homophobic as Ever »