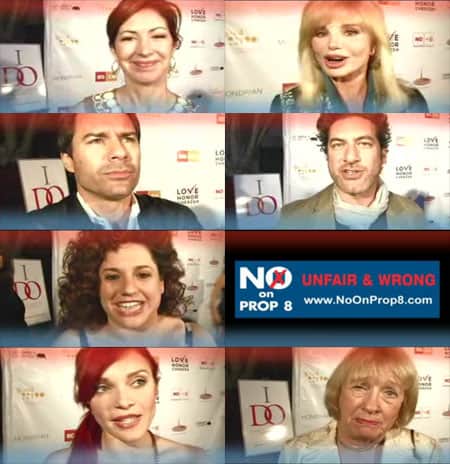 Producer Joe del Hierro created this spot from footage shot at a recent “No on Prop 8” fundraiser at L.A.’s Skybar. It was funded by MTV Networks President Brian Graden and his partner James Nguyen.

And you can make your voice heard with a contribution, by donating HERE.