South Carolina Republican state senate candidate Mick Mulvaney has created one of the most disgusting robocalls of the election season, attempting to connect his Democratic opponent Mandy Powers Norrell, to a “scary” gay group. 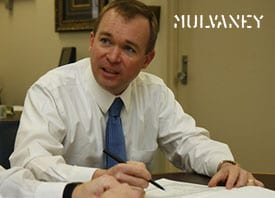 A gay group that doesn’t even exist.

The call is intended to send voters rushing to Mulvaney using that old chestnut, the frightening homosexual agenda.

In the call, the fake group, called the Alliance for the Advancement of Gays and Lesbians, says:

Previous Post: « Canadian Killer of Gay Man and 2 Others Gets Life
Next Post: Celebrities Speak Out Against Proposition 8 »