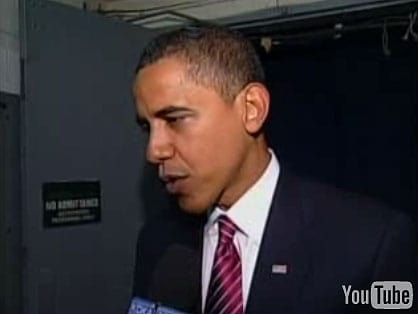 Barack Obama spoke with Pittsburgh’s KDKA last night about the foiled plot by white supremacists in Tennessee to kill black people and ultimately the Democratic candidate: 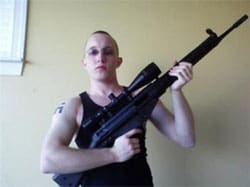 “I think what’s been striking in this campaign is the degree to which these kinds of hate groups have been completely marginalized. That’s not who America is. That’s not what our future is. What our future is what’s reflected in this rally here today…I’ve got the best folks in the world [protecting me]. Secret service.”

According to the AP, “Two white supremacists (Daniel Cowart (pictured), 20, of Bells, Tenn., and Paul Schlesselman 18) allegedly plotted to go on a national killing spree, shooting and decapitating black people and ultimately targeting Democratic presidential candidate Barack Obama, federal authorities said Monday. In all, the two men whom officials describe as neo-Nazi skinheads planned to kill 88 people — 14 by beheading, according to documents unsealed in U.S. District Court in Jackson, Tenn. The numbers 88 and 14 are symbolic in the white supremacist community. The spree, which initially targeted an unidentified predominantly African-American school, was to end with the two men driving toward Obama, ‘shooting at him from the windows,’ the court documents show.”

Watch Obama’s remarks, AFTER THE JUMP…