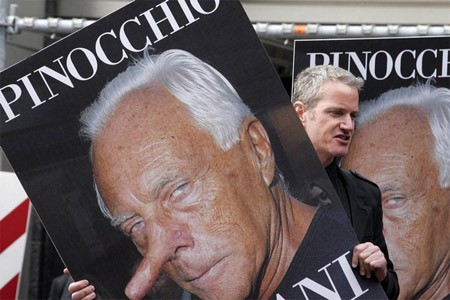 Senior VP of PETA Dan Matthews and other PETA activists targeted Giorgio Armani in front of his Milan Emporio Armani boutique on Tuesday by holding up posters of Armani as Pinocchio, claiming that the designer had broken a promise not to use fur in his collections.

The Giorgio Armani group responded with a statement, ANSA reports: “The fashion group clarified that it had ‘decided to stop making products with animal fur, except for rabbit fur which derives from animals already destined as a food source’. Armani group also criticised Peta activists for exploiting the fame of the company name in a bid to attract public attention. ‘The use of fur in the house’s collection has always been extremely limited, in contrast to what happens at other fashion houses that make fur their core business,’ the group said.” 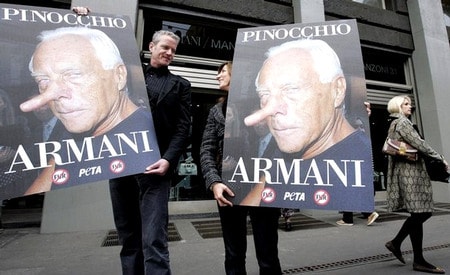