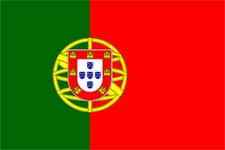 “The governing Socialist Party and the main opposition Social Democratic Party both opposed legalizing gay and lesbian marriages. The proposals came from two minor opposition parties, the Left Bloc and the Green Party, which argued that the Portuguese Constitution grants equal rights for all and protection against discrimination. But the Green Party motion collected only 17 votes in the 230-seat legislature, and the left Bloc won the support of just 11 lawmakers. Gay marriage is permitted in only three European Union nations — Belgium, the Netherlands and Spain.”