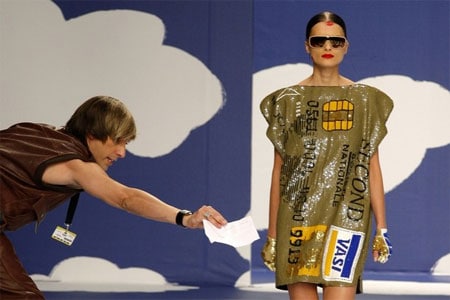 Sacha Baron Cohen, as gay Austrian reporter Bruno, commandeered yet another catwalk in Paris, tryiing to hand a model a piece of paper during Jean-Charles de Castelbajac’s spring/summer 2009 women’s ready-to-wear fashion show. He then disappeared backstage.

Yesterday, he was spotted making noise in the audience at Stella McCartney’s show, and last week he showed up on a runway in Milan and was arrested.

Annoyed yet? He probably hopes you are. 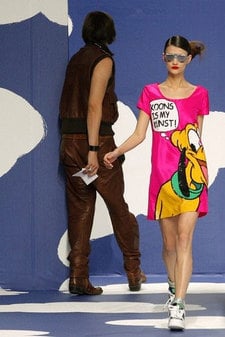 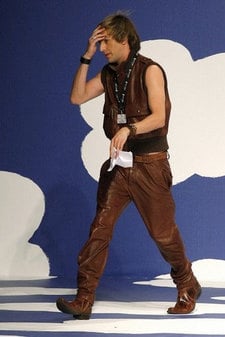 UPDATED – Video of the incident, AFTER THE JUMP…