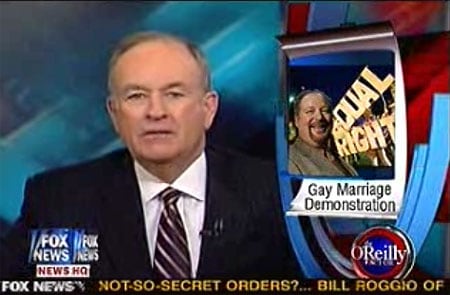 Bill O’Reilly would love nothing more than to see two minority groups going at each other’s throats. Sorry, Bill.

Let me repeat a quote from Reverend Irene Monroe, which I posted here yesterday. 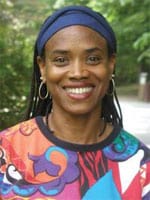 Reverend Irene Monroe in the Huffington Post: “The present-day contentious debate between black and queer communities concerning what constitutes a legitimate civil rights issue and which group owns the right to use the term is both fueled and ignored by systemic efforts by our government that deliberately pits both groups against each other rather than upholding the 13th and 14th Amendments to the U.S. Constitution that affords each of these marginal groups their inalienable rights. While it is true that the white LGBTQ community needs to work on its racism, white privilege, and single-issue platform that thwart all efforts for coalition building with both straight and queer communities of color, the African-American community needs to work on its homophobia.”

And Nate Silver at fivethirtyeight has a very good post on the voting statistics that debunks many of the myths about who voted and who didn’t.

The fact is, gays and straight allies are protesting outside Mormon churches because the LDS church funded Proposition 8 to the tune of $22.88 million, nearly 80% of its total funding, and demanded its members (even its out of state members) contribute toward the overturning of civil rights for gay and lesbian Americans.

AND: A recently-discovered document shows that the Mormon church began plotting its strategy to stop same-sex marriage at least eleven years ago.

And the Mormon church’s anger has placed the focus on the lack of civil rights for LGBT Americans in this country, and THAT is where the focus must and will soon turn.

Watch O’Reilly, AFTER THE JUMP…