Suspect in murders of gay elderly men in Indianapolis arrested in California. 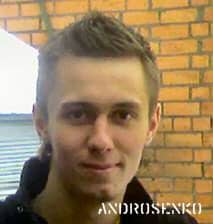 Leading gay activists in Belarus meet face-to-face with leaders of the far right in Minsk: “With the theme ‘Do radical organizations have the right to exist’, the seminar was organised by the Belarusian Helsinki Committee. ‘It was very good that we and our opponents could see each other face to face and to talk,’ commented Sergei Androsenko of the Belarusian Initiative for Sexual and Gender Equality.”

Who did People name its sexiest man alive? 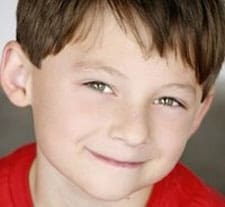 The kid behind Lil O’Reilly. And if you missed the video, one of them is here.

Dating site eHarmony to allow gay matchmaking in settlement deal: “The California-based company will begin providing same-sex matches under as part of a settlement with New Jersey’s Civil Rights Division. Garden State resident Eric McKinley filed a complaint against the online matchmaker in 2005. Under terms of the settlement, the company can create a new or differently named Web site for same-sex singles. The company can also post a disclaimer saying its compatibility-based matching system was developed from research of married heterosexual couples. Neither the company nor its founder, Neil Clark Warren, admit any liability. In addition, eHarmony will pay the division $50,000 to cover administrative costs. It will pay McKinley $5,000 and give him a free one-year membership to its new service.”

There’s more to the story of Friday’s incident in San Francisco’s Castro district, in which a group of Christians were chased out of the neighborhood for trying to convert gays. Those Christians were part of Joel’s Army, a group that demands that the United States be ruled by strict Biblical principles.

Britney and The Beatles featured in a few new mash-ups from DJ Earworm.