California Musical Theatre is Sacramento’s “oldest professional performing arts organization and California’s largest nonprofit musical theater company” according to the Sacramento Bee and its artistic director Scott Eckern, who has been with the theatre for 25 years, has placed it in turmoil following revelations that he donated $1,000 to the campaign to pass Prop 8. 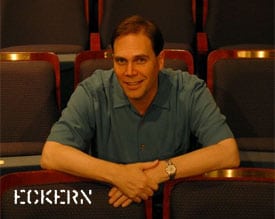 Hairspray director Marc Shaiman is leading the charge to boycott the theatre. Shaiman reportedly told Eckern: “The idea that your donation came from a salary that for a short amount of time was drawn from profits from a show I wrote upsets me terribly and I would never allow anything I write to play there and will encourage my colleagues to consider doing the same.”

Some of Shaiman’s peers, including Avenue Q writer Jeff Whitty, contacted Eckern with their concerns.

According to the Bee, the theatre is contemplating what to do: “Richard Lewis, the organization’s executive producer, said the board of directors will conduct an emergency meeting on the matter this afternoon. He said it was too early to tell how this would affect Eckern’s 25-year employment with California Musical Theatre.”

Additionally, an Anti-Gay Blacklist has sprung up online highlighting business owners and prominent supporters of Proposition 8.

Prop. 8 gift gets theater’s leader in a ruckus [sacramento bee]
Dra-ma [good as you]