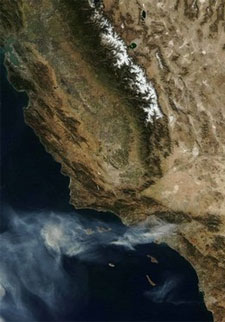 Sacha Baron Cohen’s ‘Bruno’ crashes the set of NBC’s Medium: “No one had a clue it was Sacha playing Bruno. It’s amazing he was able to infiltrate the set and pull this off.”

Marriage Equality foes attempting to get anti-gay referendum on next ballot in Illinois: “Proponents of an Illinois constitutional amendment to restrict marriage to heterosexuals, buoyed by voter approval in three states on Nov. 4, say they’re gearing up to try again in 2010.”

Cheyenne Jackson to star in musical about Mormons from the creators of South Park? 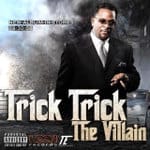 Gay rapper Deadlee responds to homophobic Trick Trick album: “My first thought is to get crazy and warn him that this f**got will kick his ass — but I am so on Cloud 9 with Obama winning, and the way he did it. Obama was called a terrorist, unpatriotic, and the entire time kept his cool, I so wish I was like that. I know who I am and my self worth that I really don’t give a f**k who or what a Trick Trick has to say. There is still a lot of hate against gays, and a Trick Trick just perpetuates the hate…so if Trick Trick really does plan on putting an AK to my head. I ain’t going out like that! Trick Trick will be the only b***h that ends up dead!” 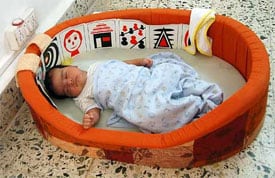 Gay Israeli couple conceive baby in Mumbai: ” Yonatan and Omer Gher came to the city in January and the in-vitro fertilisation was successful through an unknown egg donor and sperms from Yonatan in the first attempt itself, infertility specialist Dr Gautam Allahbadia told PTI. The embryo was then successfully implanted in a surrogate mother selected by the couple and Evyatar (meaning more fathers in Hebrew) was born on October 12, Allahbadia said. Since the couple had to submit proof of their paternity (through DNA test) to the Israeli government, after completing all the necessary paper work, they left for Israel last night, the doctor said.” More…

More for you Trekkies.

More layoffs at ‘Focus on the Family’: “Focus on the Family announced this afternoon that 202 jobs will be cut companywide — an estimated 20 percent of its workforce. Initial reports bring the total number of remaining employees to around 950. The cutbacks come just weeks after the group pumped more than half a million dollars into the successful effort to pass a gay-marriage ban in California. Critics are holding up the layoffs, which come just two months after the organization’s last round of dismissals, as a sad commentary on the true priorities of the ministry. 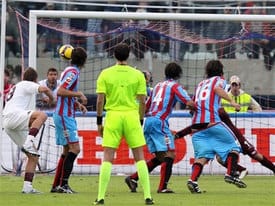 Football players develop new tactic – the dropping of the pants.

Trans-national group of gay activists agrees on Slavic Gay Pride alternating every year between Moscow and Minsk: ” The agreement came at the weekend when activists from GayRussia.ru and the Moscow Pride organising committee met for the first time with Belarusian groups Gay.by and Gayby.by, the Belarusian Initiative for Sexual and Gender Equality and the LGBT Rights Committee of the Belarusian Green Party. ‘We were looking to cooperate with Belarusian gay activists this year, but until recently we believed that local activists were not yet ready for public events,’ said Moscow Pride chief organiser Nikolai Alekseev.”