Bush condemns free national wi-fi: In another nod to his alleged ‘free-market’ principles, President Bush has expressed disapproval of the free nationwide Wi-Fi proposal being considered by the FCC and Congress. Bush also hates animals. 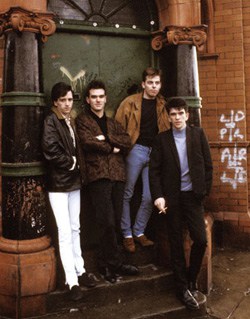 Smiths on verge of a reunion?

Guess which hunk is hosting the Oscars?

Buffalo-area business owners receive threatening anti-gay hate mail: “No one is sure who sent the letter, which arrived in people’s mailboxes two weeks ago, but city human rights officials believe it may be linked to a recent weekly newspaper’s guide listing local businesses that support homosexual rights. Many of those same businesses received the letter criticizing their support of gays and lesbians, and threatening to boycott their business. ‘I was hurt. I was angry. I was afraid,’ said Michael Gillis, co-owner of Elmwood Framing and Interiors on Elmwood Avenue. ‘This is how I make my living.'”

Sweet spot in galaxy could be sign of life.

Scientists find black hole at center of Milky Way galaxy: “They tracked the movement of 28 stars circling the centre of the Milky Way, using two telescopes in Chile. The black hole, said to be 27,000 light years from Earth, is four million times bigger than the Sun, according to the paper in The Astrophysical Journal.”

Gerard Butler is made in L.A. 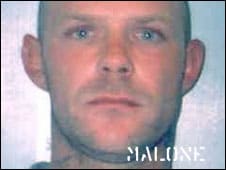 Homophobic killer Mark Malone gets life sentence for stabbing gay man: “Mr Akers, formerly of south Wales, died in hospital after he staggered from the toilet with a large knife in his back. Sentencing Malone, Judge David Paget said: ‘You murdered him in a particularly savage way, stabbing him in the back with a carving knife with such force that it completely severed the eighth rib and punctured his right lung. The knife went into his back up to the hilt. The knife had an eight-inch blade. You did this simply because he was gay.'”

Catholic News Agency tries to tie the LGBT marching band that has been invited to march in Obama’s inaugural parade to the “lewd acts” at New Orleans’ Southern Decadence because the band also plays there.

Tom Cruise auditions for a Broadway musical on The Tonight Show. 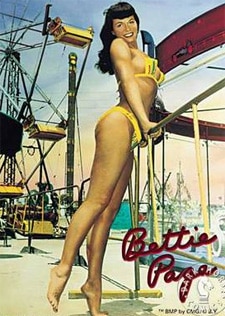 How the hell does one obtain fox urine, and how do they know that’s what crazy used?

Do we have deep deposits of undersea methane to fear?

Showtime developing series on “coming out”: “The project is titled ‘Way Out.’ In each episode, a closeted individual reveals their true sexual orientation during a group meeting. Showtime has ordered a pilot presentation from Bryn Freedman, a former journalist and executive producer of A&E’s ‘Intervention,’ as part of its effort to bolster its unscripted slate. ‘It’s a show that has universal appeal because everybody can relate to having part of their lives hidden,’ said Freedman, who is producing the project with Evan Weiss. ‘The show is all about getting to know the person — why they have been reluctant to come out and what it looks like to be living a lie, (and) what it is like when people are trying to set you up with dates.’…’Out’ will show the person’s closeted life, document the moment they reveal their orientation to friends and family, then chart how relationships are changed. Although still in the pilot stage, Showtime is enthusiastic about the project. Like the acclaimed ‘Intervention,’ which prompted controversy before its debut, Freedman expects that ‘Out’ could provoke strong reactions.”