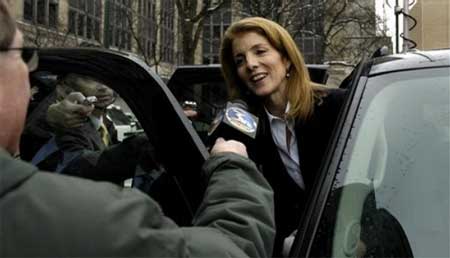 Politico submitted eight questions to Caroline Kennedy, among them her position on marriage equality. Kennedy’s answer:

She gave a similar answer to the NYT, which reports that her bid to replace Senator Hillary Clinton is in full swing.

CBS News on Kennedy’s chances, AFTER THE JUMP…