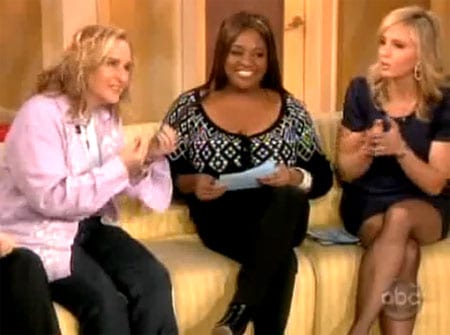 Yesterday, on The View, Melissa Etheridge tried to explain the founding fathers and the protections built into the Constitution to Elisabeth Hasselbeck in a discussion about Proposition 8.

Explained Etheridge: “Actually one of the things that was difficult about this was the – Thomas Jefferson wrote a paper (saying) the rights of the minority should never be voted on by the majority – that should never happen.”

Hasselbeck basically said she believes that the majority should vote on the rights of the minority, and before Melissa Etheridge had chance to verbally smite her into a pile of right-wing dust, Sherri Shepard interrupted and said, “We wanted to talk about your CD.”