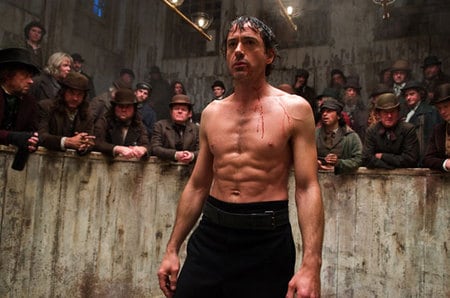 Guy Ritchie’s promise that his version of Sherlock Holmes will “focus more on [Holmes’] physicality, including martial arts,” shows up in a just-released still from the film, based on a forthcoming Lionel Wigram comic: “In a dynamic new portrayal of Arthur Conan Doyle’s most famous characters, ‘Sherlock Holmes’ sends Holmes and his stalwart partner Watson on their latest challenge. Revealing fighting skills as lethal as his legendary intellect, Holmes will battle as never before to bring down a new nemesis and unravel a deadly plot that could destroy the country.”