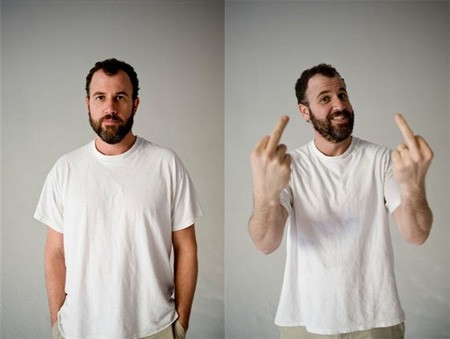 Partially-fabricated memoir writer James Frey told Stephen Elliott of TheRumpus.net that his next book will be a continuation of a well-known series.

“It’s the third book of the Bible, called The Final Testament of the Holy Bible. My idea of what the Messiah would be like if he were walking the streets of New York today. What would he believe? What would he preach? How would he live? With who?”

Frey said Jesus would perform gay marriages and live with a prostitute: “Love is love. It doesn’t matter how or who you love. I don’t believe the messiah would condemn gay men and women. It addresses the supernatural aspects of religion, how we need to think of religion given the technology available to us. We know have the power of God in many ways: the atomic bomb, the ability to create life in a test tube, cloning, artificial intelligence.”

As for his detractors, Frey said: “If a book is cool, and entertaining, and moving, then get your middle finger ready and raise it often. Fuck’em all.”