The current issue of Rolling Stone has posted its Prop 8 article online, which takes to task the “No on 8” campaign for its failure to anticipate that it had a major opponent in the Mormon church and criticizes its strategies both on the ground, and on the air. 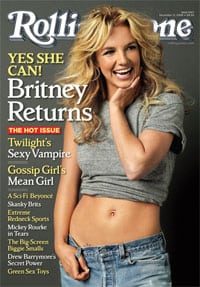 “But evidence of entrenched homophobia and religious intolerance obscure a more difficult truth. Prop 8 should have been defeated — two months before the election, it was down 17 points in the polls — but the gay-rights groups that tried to stop it ran a lousy campaign. According to veteran political observers, the No on Prop 8 effort was slow to raise money, ran weak and confusing ads, and failed to put together a grass-roots operation to get out the vote. ‘This was political malpractice,’ says a Democratic consultant who operates at the highest level of California politics. ‘They fucked this up, and it was painful to watch. They shouldn’t be allowed to pawn this off on the Mormons or anyone else. They snatched defeat from the jaws of victory, and now hundreds of thousands of gay couples are going to pay the price.’ From the start, the leaders of the No on Prop 8 campaign and their high-priced consultants failed to realize what they were up against. According to Geoff Kors, who headed the campaign’s executive committee, the No side anticipated needing no more than $20 million to stop the gay-marriage ban. The Yes side, by contrast, set out to change how initiative politics are played, building a well-funded operation that rivaled a swing-state presidential campaign in its scope and complexity. It also built a powerful, faith-based coalition that included the Catholic Church, Protestant evangelicals and the Church of Jesus Christ of Latter-day Saints. ‘The direct involvement of the Mormon church — moving donors in a very short window to give early — was stunning,’ says Patrick Guerriero, who was called in to take over as campaign manager of No on Prop 8 in the final month. “It was unprecedented — and probably impossible to predict.”

National Center for Lesbian Rights executive director Kate Kendall (katek), hit back at the magazine in a comment to the article online.

“When Dickinson called to interview me about the No on Prop 8 campaign it became obvious he wasn’t interested in the facts about the campaign, he wanted only information that supported this hit piece. When he didn’t like my answers, he just asked more leading questions. We lost. Yes, as in any campaign, mistakes were made, but to quote from unnamed sources and anonymous gay leaders running for cover in the wake of this devastating loss while ignoring all facts that don’t support your assasination attempt against those who worked tirelessly for months is not jouralism, it’s just trash. Dickinson should ply his ‘blaming the victim’ tactics with the National Enquirer.”

Two other follow-up Prop 8 pieces you may have interest in:

Follow the Gay Money: No on 8 Expenditures [petrelis files]