When you want to bury news you announce it at the end of the day Friday. When you really want to bury it, you do it the weekend before Xmas. (Wasnt’ that in Wag the Dog?). Anyway…. 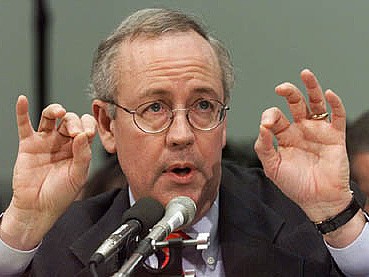 Yes on Proposition 8 folks file three lawsuits in California including one to nullify the 18,000 marriages last year.

While at it they confirmed earlier rumors, announcing Kenneth Starr, currently Dean of Pepperdine Law School, is joining their legal team. Starr brings some of the best experience around if you’re looking to waste tons of money on creepy investigations into private lives not in the public interest. Starr also currently represents Blackwater on the side of the Bush Administration in that case about our private contractors killing Iraqui civilians.

Speaking of Kenneth Starr the organization formed solely out of frustration with his investigation of the Clintons, Move On, turns 10 years old and claims 4.2 million supporters. They released results of their massive membership vote today, announcing new post-election focus will be on  universal health care, the economy and jobs, fighting climate change and ending the war in Iraq. Gay rights came in 8th. Many have worked for decades to get universal health care to the top of our national agenda. Full results here.

And be sure to Join the Impact’s Light Up The Night in a commercial district near you, Saturday night.  Send your pics from the event to us for posting at our tips at www.towleroad.com address. If you have a bunch zip them and send em on. We’ll post in the coming days. Links to video also welcome.

Previous Post: « On the Stage: Billy Elliot, Shrek, 13, and Prayer for My Enemy
Next Post: TowleREAD: CA Atty. Gen’s Answer Brief on Prop. 8 »