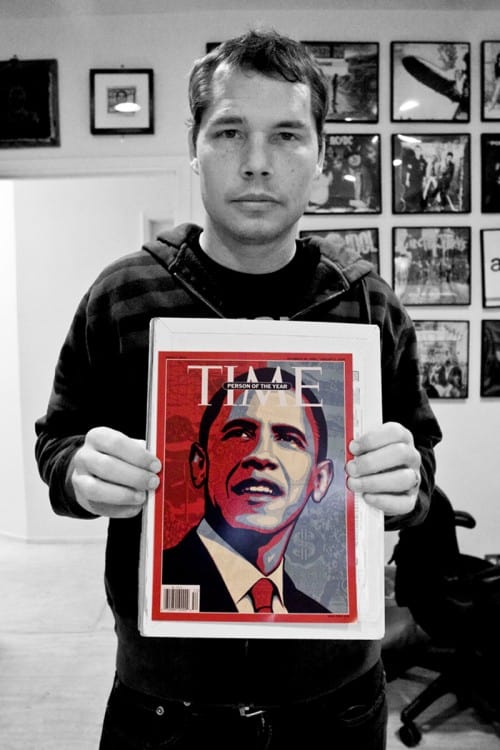 He continues, "Rick Warren is against gay marriage and reproductive rights, and he
does not believe in evolution (maybe he offers himself as proof of lack
of evolution). I understand that Obama is trying to appeal to
conservatives and evangelicals, but this move is symbolically a slap in
the face to many people. Warren is not a uniter, but a divider… he is
intolerant in many of his views. I still think Obama is the best choice
for president, but I can’t condone Warren’s involvement in Obama’s
inauguration, no matter how insignificant it is."

Fairey also says he’ll be donating a "chunk"of the proceeds from the Obama inauguration poster he was asked to create to the movement to overturn California’s Prop 8.