Massachusetts Rep. Barney Frank released a statement today in reaction to Obama’s invitation to anti-gay Pastor Rick Warren to give the invocation at the presidential inauguration. 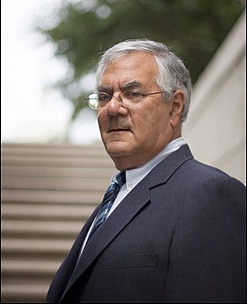 “I am very disappointed by President-elect Barack Obama’s decision to honor Reverend Rick Warren with a prominent role in his inauguration.Religious leaders obviously have every right to speak out in opposition to anti-discrimination measures, even in the degrading terms that Rev. Warren has used with regard to same-sex marriage. But that does not confer upon them the right to a place of honor in the inauguration ceremony of a president whose stated commitment to LGBT rights won him the strong support of the great majority of those who support that cause.

“It is irrelevant that Rev. Warren invited Senator Obama to address his congregation, since he extended an equal invitation to Senator McCain. Furthermore, the President-Elect has not simply invited Rev. Warren to give a speech as part of a series in which various views are presented. The selection of a member of the clergy to occupy this uniquely elevated position has always been considered a mark of respect and approval by those who are being inaugurated.”