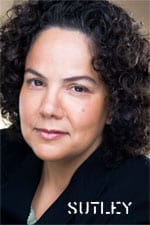 “The Democratic official with close knowledge of Obama transition operations spoke on grounds of anonymity because the selection has not yet officially been made public. This official said that Mr. Obama is preparing in the coming weeks, if not days, to make other key appointments on his environment and natural resources team, including the head of the Environmental Protection Agency and the secretaries of Energy and Interior. Sutley is the first prominent member of the gay and lesbian community that Mr. Obama has named to a senior role in his administration.”