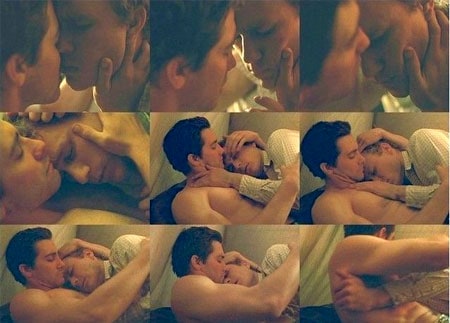 Gays in Italy are infuriated about the censorship of Brokeback Mountain on Italian TV channel Rai Due:

“La Repubblica noted that the cuts – involving a kiss between actors Heath Ledger and Jake Gyllenhaal and a love scene in a tent – came days after the Vatican attacked a European Union proposal that the United Nations formally condemn discrimination against gays. But Rai yesterday claimed the cuts were an honest mistake and promised to broadcast the full version of the 2005 film. ‘Since it went out after the watershed we could have shown the full version but did not have the copy,’ said Rai director general Claudio Cappon. The copy broadcast, Rai said, had been supplied by a distributor for use before the watershed. Opposition senator Luigi Vimercati called the explanation “embarrassing” and said he would demand a parliamentary inquiry. Critics noted that while the gay love scenes were removed, censors left a heterosexual sex scene in Monday night’s version. ‘Evidently it is not sex which creates fear and pain, but the feelings between two men,’ said Grillini.”