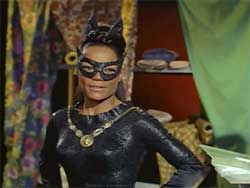 “A self-proclaimed ‘sex kitten,’ famous for her catlike purr, Kitt was one of America’s most versatile performers, winning two Emmys and nabbing a third nomination. She also was nominated for several Tonys and two Grammys. Her career spanned six decades, from her start as a dancer with the famed Katherine Dunham troupe to cabarets and acting and singing on stage, in movies and on television. She persevered through an unhappy childhood as a mixed-race daughter of the South and made headlines in the 1960s for denouncing the Vietnam War during a visit to the White House.

ALSO LOST… Harold Pinter, Nobel Prize-winning playwright, dead at 78: “Pinter was without question the most influential English playwright of the postwar,” New Yorker magazine critic John Lahr told The Times in 2005. “He streamlined the nature of the stage and changed the way we hear language.”

note: Towleroad is on a lighter posting schedule through the holiday…