An appeals court has ruled in favor of a Los Angeles-area Lutheran school who expelled two girls for “having “a bond of intimacy…characteristic of a lesbian relationship,” the L.A. Times reports: 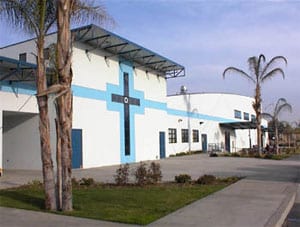 “According to the principal, who called each girl out of class separately, both admitted they had hugged and kissed each other and told other students they were lesbians. The girls said they admitted only that they loved each other as friends. The principal ‘just looked at me like I was a disease and I was so wrong,’ one of the girls later said. They were identified in the legal proceedings only as Jane Doe and Mary Roe. In ruling in favor of the school, the appeals court cited a 1998 California Supreme Court decision that said the Boy Scouts of America was a social organization, not a business establishment, and therefore did not have to comply with the Unruh Civil Rights Act. That case also involved a discrimination complaint based on sexual orientation.”

The Appeals court said that the school was not a business and therefore did not need to adhere to state non-discrimination statutes. The girls’ attorney plans to call on the California Supreme Court to overturn the case:

“Kirk D. Hanson, who represented the girls, said the ‘very troubling’ ruling would permit private schools to discriminate against anyone, as long as the schools used their religious beliefs as justification. ‘It is almost like it could roll back 20 to 30 years of progress we have made in this area,’ said the San Diego attorney. ‘Basically, this decision gives private schools the license to discriminate.'”

The school’s attorney claimed the court was right in determining “[the school’s purpose was to] teach Christian values in a Christian setting pursuant to a Christian code of conduct.”

Watch a CBN report on the case, AFTER THE JUMP…

Previous Post: « Haggard Wife: I Prayed for Him and Felt He Was Winning the Battle
Next Post: If You Can Make It There »