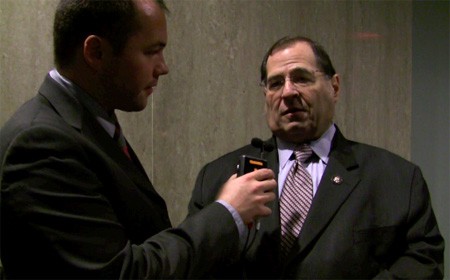 On the first night we were in Washington, DC for the inauguration, we had a few moments at the DNC Party with New York Congressman Jerrold Nadler, whose constituency falls along the west side of Manhattan and portions of Brooklyn.

Corey Johnson talked to Nadler about whether the changes in Congressional leadership would mean the UAFA would be going to committee and then possibly to a vote.