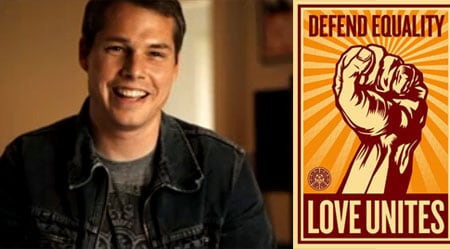 USA Network this week announced the winners of their ‘Character Approved Awards’ which honor individuals for their creativity and influence on American culture. With the announcement comes this short video of street artist Shepard Fairey discussing his work, which includes, of course, the (now in the Smithsonian) Obama “Hope” image as well as his graphic created for the marriage equality movement (above).