The Rev. Al Sharpton spoke at Tabernacle Baptist Church in Atlanta on Sunday and spoke out against the Mormon Church and evangelicals who fought to pass Proposition 8: 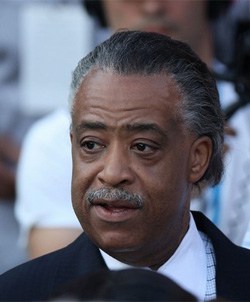 “It amazes me when I looked at California and saw churches that had nothing to say about police brutality, nothing to say when a young black boy was shot while he was wearing police handcuffs, nothing to say when the they overturned affirmative action, nothing to say when people were being delegated into poverty, yet they were organizing and mobilizing to stop consenting adults from choosing their life partners. There is something immoral and sick about using all of that power to not end brutality and poverty, but to break into people’s bedrooms and claim that God sent you.”

According to the Southern Voice, “Sharpton came to Atlanta to celebrate the launch of the Alliance of Affirming Faith-Based Organizations.”

He added: “I am tired of seeing ministers who will preach homophobia by day, and then after they’re preaching, when the lights are off they go cruising for trade…We know you’re not preaching the Bible, because if you were preaching the Bible we would have heard from you. We would have heard from you when people were starving in California, when they deregulated the economy and crashed Wall Street you had nothing to say. When [alleged Ponzi schemer Bernie] Madoff made off with the money, you had nothing to say. When Bush took us to war chasing weapons of mass destruction that weren’t there you had nothing to say. … But all of a sudden when Proposition 8 came out you had so much to say, but since you stepped in the rain, we gonna step in the rain with you.”