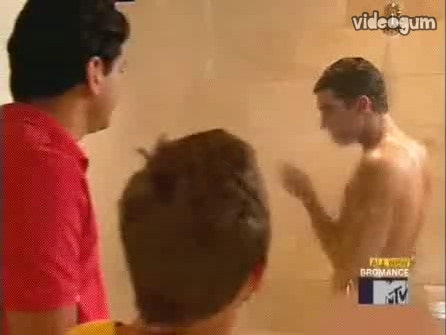 Because he looks very comfortable.

The mind-numbing exercise that is Brody Jenner‘s Bromance featured a gratuitous voyeur shower scene that has some perplexed.

TV site Videogum, which last week did an analysis of the show’s “mind-blowing” examination of masculinity writes: “We can talk all we want about the supposedly fine line that modern guys have to walk if they want to show that they’re comfortable enough in their sexuality to joke about their feminine traits/impulses without actually crossing that line into genuine homosexual behavior, but all of that talk is useless when you have a scene where two dudes walk in on another dude taking a shower while softcore erotica music plays in the background. What is this? Who wants this? Do gay dudes even want this? What is happening?” 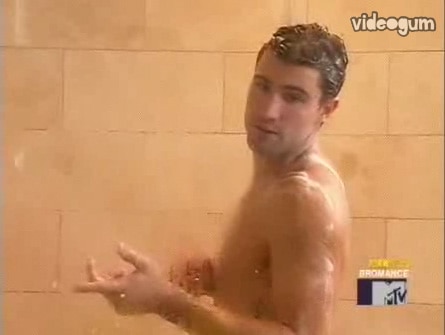 Previous Post: « Amy Winehouse Stalks Table of Cocktails After Hotel Cuts Her Off
Next Post: Burj Dubai Gets Telescopic Spire »