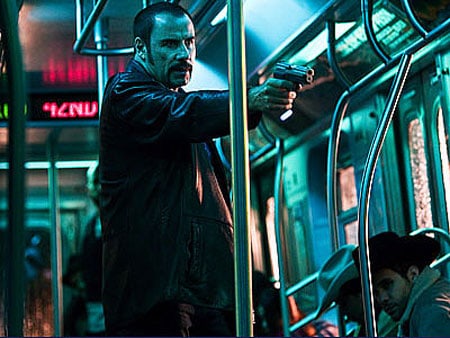 The first shot from John Travolta’s 2009 remake of the 1974 thriller The Taking of Pelham 1-2-3 has been revealed in a gallery from Entertainment Weekly. “The remake…pits [Denzel] Washington as an NYC transit worker against a hostage-taking Travolta.”

And the first shot reveals that Travolta may also be starring in the sequel to Brokeback Mountain.