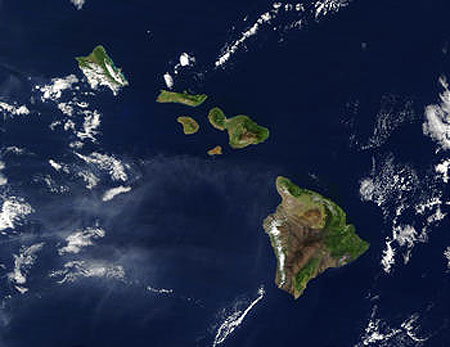 Hawaii’s House passed a civil union bill yesterday by a vote of 33-15, one vote short of a veto-proof majority:

“The bill, which now moves to the state Senate, would grant partners in civil unions the same benefits, protections and responsibilities as married couples under state law. The state would also recognize civil unions, domestic partnerships and same-sex marriages performed in other states. Partners in civil unions would not have the same protections as married couples under federal law, so the recognition is a rung below treating homosexual and heterosexual couples equally.”

According to the Advertiser, “The lawmaker who missed the vote, state Rep. K. Mark Takai, D-34th (Newtown, Waiau, Pearl City), who is preparing to deploy with the Hawai’i Army National Guard to Kuwait, supports civil unions.”

State Senate President Colleen Hanabusa said she believes there are enough votes in the Senate to pass the bill but is concerned about it getting through the Senate Judiciary and Government Operations Committee, currently divided 3-2 on the issue, with one state senator undecided.