In a voice vote on Friday, Idaho's Senate State Affairs Committee rejected a bill that would have forbid employers to discriminate based on sexual orientation: 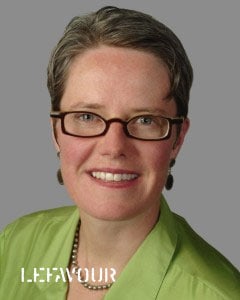 "About 50 supporters of the proposed change to the Idaho Human Rights
Act filed quietly out of the room, some in tears, after the vote. Similar bills have been rejected in
the past. Idaho's 1968 Human Rights Act currently forbids
workplace and housing discrimination based on race, sex, religion,
color, national origin or mental or physical disability. The measure
defeated Friday would have prohibited discrimination in employment,
education and housing on the basis of sexual orientation and gender
identity. Co-Sponsor Sen. Charles Coiner, R-Twin Falls,
compared the gay, lesbian and transgender community's push to be
included in the law to the push to forbid discrimination based on
physical or mental disability. 'Their movement is a few years behind but it's moving forward,' Coiner said. 'We've got work to do.' Sen.
Nicole LeFavour, D-Boise, the state's only openly gay lawmaker, said
because there is no due process for those in the gay, lesbian and
transgender community who feel they are victims of discrimination, they 'endure in silence.' 'By virtue of its omission (from the
law) many employers and many people feel that it's OK' to discriminate,
said LeFavour, another co-sponsor."

LeFavour expressed her sorrow over the defeat in a lengthy blog post following the vote:

"There is harm being done to good people every day we delay, every
single day that we remain one of the few states that does not allow gay
people the simple right to be employed, to go to school, to live
somewhere regardless of who we love, who we have spent our lives with. Where is the time for bravery? For justice? For eloquence? I can’t
do this alone. Believe me. Can we not be brave enough to make some step
forward this year?"

Previous Post: « Rupert Everett: Being Gay in the Movie Biz ‘Really…Just Doesn’t Work’
Next Post: Dolly Parton: I’m Not Gay…and God Should Judge, Not Other People »