Attorney Leslie Hagen, whose firing from the Justice Department fueled an investigation into anti-gay bias within the department, has been re-hired, NPR reports. 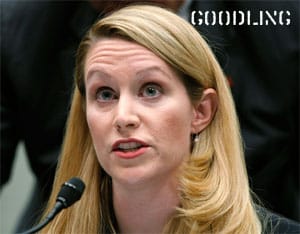 In April 2008, NPR reported, “The Justice Department’s inspector general is looking into whether Hagen was dismissed after a rumor reached Goodling that Hagen is a lesbian. As one Republican source put it, ‘To some people, that’s even worse than being a Democrat.’ Several people interviewed by the inspector general’s staff said investigators asked whether people drew a connection between the rumors and Hagen’s dismissal. The witnesses, who spoke to NPR on the condition of anonymity, said they felt that the rumors led to the decision not to renew Hagen’s contract.”

A later report concluded that the Justice Dept. did indeed engage in anti-gay bias: “The investigation has found that Goodling used a LexisNexis search string used to conduct opposition research for the RNC in order to screen possible candidates for career department positions.” 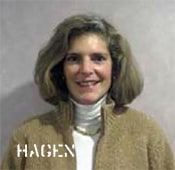 Now, NPR reports: “Last year, the Justice Department posted Hagen’s old job again. The department conducted a national search. Applications came in from around the country. After several rounds of interviews, Hagen eventually won the job. The paperwork makes it official as of Monday, Feb. 2. Hagen now has her old position back, but this time it’s a little different. Her contract no longer comes up for renewal every year. Now, the job is permanent. It is not a perfectly happy ending for Hagen. Nobody official from the department ever apologized to her for what happened. She still owes thousands of dollars in attorney fees, and the Justice Department has refused to pay those bills. That was the department’s position under the Bush administration, anyway. Hagen’s attorney says her client hopes the new attorney general will take a different view.”