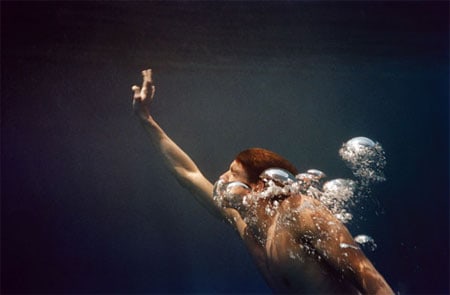 Olympic swimmer Michael Phelps was suspended for three months by USA Swimming as punishment for a photo of the gold medal-winner smoking from a bong published in Brit tabloid News of the World over the weekend: 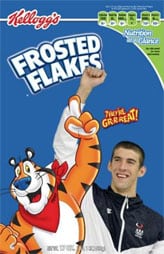 “The organization’s board of directors voted on the decision, saying the intent was to send Phelps a ‘strong message’ that it did not approve of his behavior. USA Swimming also said it is withdrawing financial support from Phelps during the suspension, a mostly symbolic punishment. The sport provides stipends for Olympic-caliber athletes in case they cannot afford to train and work at the same time. ‘This is not a situation where any anti-doping rule was violated,’ the organization said in a statement, ‘but we decided to send a strong message to Michael because he disappointed so many people, particularly the hundreds of thousands of USA Swimming member kids who look up to him as a role model and a hero. Michael has voluntarily accepted this reprimand and has committed to earn back our trust.'”

Kelloggs also announced they would let their contract with the athlete expire at the end of the month, saying: “We originally built the relationship with Michael, as well as the other Olympic athletes, to support our association with the U.S. Olympic team. Michael’s most recent behavior is not consistent with the image of Kellogg. His contract expires at the end of February and we have made a decision not to extend his contract.”

Phelps publicly commented about the photo’s publication. Watch it, AFTER THE JUMP…