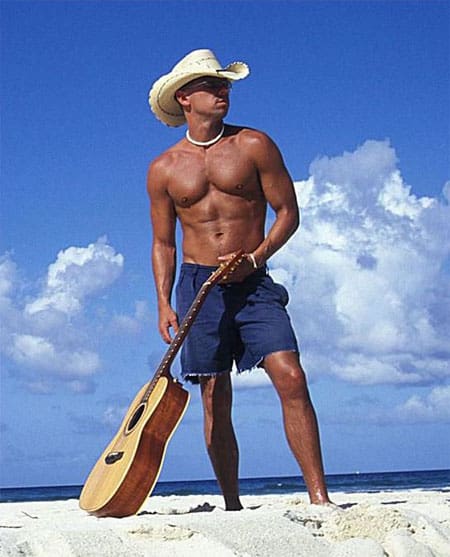 Kenny Chesney tells Playboy that he’s slept with more than 100 women, and they will testify that he’s not gay. He also says he’s angry about the gay rumors that continue to follow him:

“What guy who loves girls wouldn’t be angry about that …? I didn’t sign up for that. I think people need to live their lives the way they want to, but I’m pretty confident in the fact that I love girls (laughs). I’ve got a long line of girls who could testify that I am not gay.”